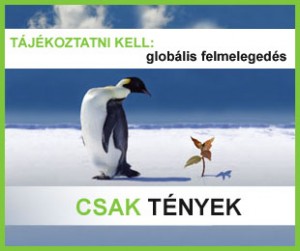 Global warming means an increase in the average temperature of the Earth’s atmosphere and oceans. The largest temperature rise was caused by the increased emission of greenhouse gases in the middle of the 20th century, as a result of such activities as burning fossil fuels and deforestation.

The surface of the Earth is getting warmer a lot faster than in any other period during the last centuries and it is beyond doubt that human life is responsible for it.

The global surface temperature continued to increase in the 21st century. This temperature increase leads to a rise of the sea level, to a change in the amount and spatial distribution of precipitation and to the spread of sub-tropical deserts. The rise of temperature is most prominent in the Arctic region where it causes glaciers to melt.

We can expect more extreme weather conditions, the extinction of even more species and a change in the productivity of agriculture. Warming and its effects vary from place to place in the world. There has been much debate about global warming and the possible steps to resolve it. The basic conclusions pertaining to global warming, notwithstanding, have been supported by more than 40 scientific bodies and academies including the national scientific academies in the significant industrial countries. In the Kyoto Protocol signed by most nations countries agreed to decrease their greenhouse gas emissions.

There is a growing interest by governments in renewable energy resources, in programs setting out to decrease greenhouse gases and slow down global warming. Utilizing the oceans, the wind and solar power is recommended widespread to cater for a significant proportion of our energy consumption.